Why The Republicans In Harrisburg Won’t Fight COVID-19 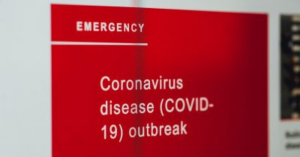 Deaths from COVID-19 have only risen by a small amount in Pennsylvania. But while better treatments should keep us from the disastrous numbers of April, we know that the rise in deaths typically lag the rise in cases by two to three weeks.

Who bears the responsibility for this new resurgence? And what should be done about it?

To some extent, no one bears all the responsibility. COVID-19 remains a highly contagious disease, one that is easily transmitted if we don’t take precautions.

But it is also clear that Republicans in both Washington and Harrisburg have undermined the fight against COVID-19.

Trump’s failure to take the pandemic seriously is obvious. His unwillingness to encourage people to wear masks; his failure to take action on a federal level to reduce the spread of the disease; his calls for premature opening of schools and businesses; and his own personal disregard for the well-being of his staff members, his campaign contributors, and members of Congress is sadly plain to see.

And he has set the wrong example by encouraging Republicans in Pennsylvania to follow his lead in this dangerous direction.

That’s why it was so important for Governor Wolf to veto bills (and the Democrats in the General Assembly to uphold his veto of those bills) that would have threatened Pennsylvania lives and our economy by opening businesses prematurely. Wolf rightly rejected the totally backward right-wing narrative that we had to choose between our lives and the economy.

As our recent policy brief shows, our economy was going to suffer badly as a result of COVID-19 regardless of whether Governor Wolf and other governors, both Democratic and Republican, ordered businesses to close and people to stay at home for one very simple reason: customers and workers would have simply stayed away anyway. They, unlike Trump and his followers among Republican legislators, understand the risks of COVID-19 to themselves, their families, and the community at large. And if we had allowed COVID-19 to spread more widely and cause more deaths, more of them would have stayed away from community businesses for an even longer period of time.

How do we know this? Through four critical pieces of evidence. First, public opinion surveys tell us that even as infection rates decline, people are extremely wary of going back to businesses where many people congregate. Even as Republicans were demanding an end to the governor’s restrictions on restaurants last week, it was clear to anyone who sought a dinner reservation in Philadelphia that restaurants booked for weeks ahead in normal times had plenty of seats available.

Second, our analysis of Pennsylvania counties shows that the economic decline since the start of COVID-19 has been associated with higher rates of infection. That’s why urban areas have suffered worse in this recession than rural areas, the opposite of what’s usually the case.

Third, there is the striking example of Sweden, which did not order businesses to shut down or people to stay at home and suffered an economic decline almost as bad as the United States’ and a greater mortality rate. And if we compare Sweden—not with the United States, which largely failed to contain COVID-19—but with Denmark, which did do so, the difference is even more striking. Denmark quickly closed businesses and ordered people to stay at home in the spring. The result was a mortality rate one-fifth of that of both Sweden and the United States and an economy that did not suffer as badly and is already rebounding. Denmark’s GDP dropped by only 7.4% in the second quarter, while Sweden’s dropped by 8.6% and ours by 9.5%.

As we have shown, the willingness of people to stay at home and close their businesses—whether because of their own good sense, Governor Wolf’s health and safety orders or both—saved as many as 16,000 lives in Pennsylvania. And, now we know that it protected our economy as well. Trump and the Republicans in Pennsylvania have been telling a false story about COVID-19 and the economy. The critical path to protecting our economy from the pandemic was not to ignore COVID-19 and ask people to bear the brunt of it, but to get the virus under control quickly and decisively.

Does that mean we must close all businesses in Pennsylvania again? Not necessarily. If cases and the rate of positive tests continue to rise, that might be advisable in some locations. If Pennsylvanians take the upsurge seriously, though, we may be spared the necessity of new, statewide regulations. But the truth is that this new upsurge is going to hurt our economy, no matter what Governor Wolf does.

Republicans in our state could play a constructive role by encouraging mask-wearing, among other things. Sadly, they probably won’t.

If it were only political opportunism that motivated them, we might see a change of heart. But Republicans in Harrisburg are motivated as much by two ideological commitments.

First, their belief that government regulation of the economy is always counter-productive has blinded them to the importance of government action to protect our lives and the economy.

Second, and even more troubling, they have been willing to sacrifice the lives of Pennsylvanians and Americans for the greater glory of Donald Trump and the profits of our largest corporations. And when criticized for that stance, they said it was only the old, infirm, or those with pre-existing conditions who were dying. That was never true—young and healthy people die from COVID, too and may suffer lifelong illnesses. That they made those claims, however, shows us how far they have strayed from the liberal and biblical roots of American political thought—which insists on human equality and the right to life—into the fetid sewer of fascism.

It is critical to our future that we Pennsylvanians reject those ideas.