Coming back from the 4th of July holiday this week, I am reminded of how far we have come as a nation and how far we still have to go. If we truly want to create an economy that works for all of us, we must take the opportunity now to use the resources we have to change economic and political structures that only benefit the rich and corporations.

Right now in Congress, legislators are debating proposals that could change those structures and start moving us in the right direction. Take a look below at our analysis of how we can better support small businesses and workers in Pennsylvania, and how we must stop the efforts to thwart participation in democracy–and thwart distractions from the economic policies that are hurting Pennsylvanians every day.

Along those lines, check out this first-ever ReImagine Appalachia blog post. It highlights the support of state labor federation presidents from PA, OH, WV, and KY for aggressive action on climate as long as federal climate infrastructure investment comes with strong labor and community requirements. Those requirements are the key to creating more good union jobs for all in the clean economy.

The PA Budget: A Disgrace and Dereliction of Duty

The state is flush with more than $10 billion in our federal and state tax dollars which could be spent both to help those who have been left behind by the pandemic and to take a first step toward addressing the deep inequities that long preceded it. But the Republican leaders of the PA General Assembly plan to leave that money in the bank.

The state budget enacted in late June has two glaring and interrelated missing pieces: it provides little support for the small businesses and for the working people of Pennsylvania who are still suffering from the impact of the pandemic.

There is no evidence to suggest any serious flaws in the 2020 election process—the results have been thoroughly scrutinized. Senator Douglas Mastriano’s ongoing efforts to suggest otherwise are like ghost stories, intended to make people uneasy or frightened.

HB 1300 would make voting harder and more complicated. It would make the election process more confusing. It is a dishonest attempt to build on the mistrust of the 2020 election results that were sowed, in large part, by the very people who are putting this legislation forward. Many of the supporters of HB 1300 called on the United States Congress to overturn the decision of Pennsylvania voters in 2020, which was a blatant attack on our democracy.

Join our “Kids Are Worth It” campaign and let us know how the Child Tax Credit is helping your family. Check it out on Facebook, Twitter, and Instagram, and email Ali Feldman at feldman@pennbpc.org to lend your voice and tell your story. 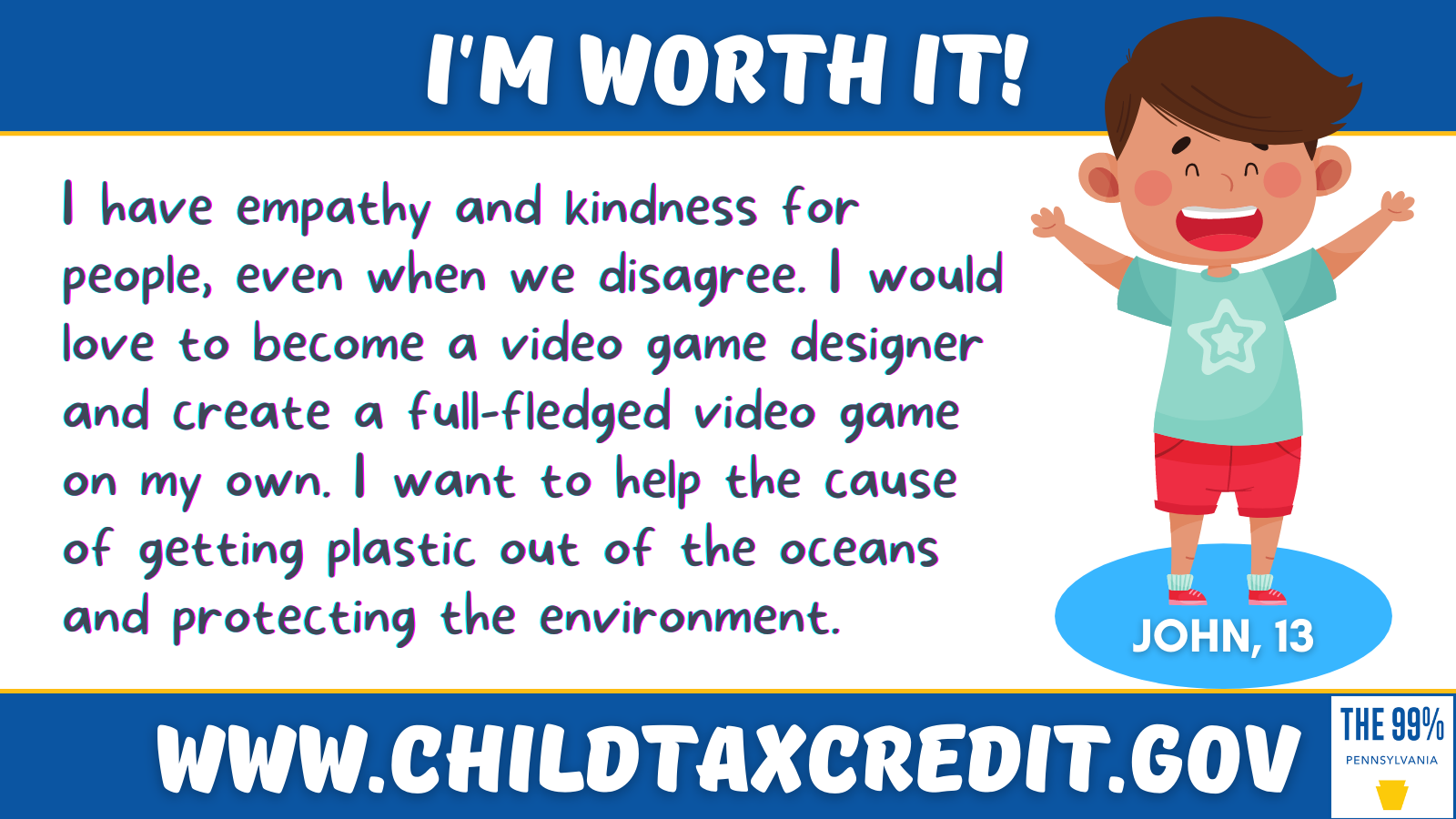 “In the wake of the 2020 election and its rash of unfounded claims of fraudulent voting and illegitimate results, many GOP-controlled legislatures — particularly in swing states — have moved to restrict the vote in some way.”

Personal income is up in Pa. and all 50 states. But many still struggle | John L. Micek

“‘Averages obscure the continuing impact of the recession. Small business makes up less than half the economy but they employed a lot of people and their revenues are still off roughly 30 percent since January 2020,’ Marc Stier, the executive director of the progressive Pennsylvania Budget & Policy Center, told the Capital-Star in an email. ‘That is a main reason that unemployment remains at almost 7 percent. So businesses and mostly low- and moderate-income workers are still hurting.'”

The cruelty is the point of GOP-driven Pa. budget that won’t help Pennsylvanians | Will Bunch

“‘They really don’t believe in government helping people,’ Marc Stier, director of the left-leaning Pennsylvania Budget and Policy Center, told me this week — noting that Republican legislators who’ve spent most of the past year on a soapbox complaining how government lockdowns had hampered small business owners then failed to package federal relief dollars to help those constituencies, as some nearby states have done.”

“Muhammed Maisum Murtaza of the Keystone Research Center conducted the study, called – ‘The economic contribution of Pennsylvania immigrants.’ The survey revealed that Pennsylvania employs 94,000 undocumented immigrants. The Center, analyzing data from a survey conducted by the Institute for Tax and Economic Policy in 2017, found that undocumented immigrants account for nearly $135 million in state and local taxes. If these immigrants became U.S. citizens, the tax payments would have increased by $51 million for higher-paying jobs leading to better opportunities for tax filing.”

“While our economy is bouncing back, the facts are clear: according to a PA Budget & Policy Center study, small business revenue is still down 28% in Pennsylvania from pre-pandemic earnings and, tragically, nearly one in four of the businesses that were up and running before the pandemic are now shut down.”