The Update: What’s Happening in Harrisburg and DC – November 8, 2021

The bipartisan infrastructure bill crossed the finish line late Friday night! We are happy to see thousands of jobs coming to Pennsylvania to help us improve roads, bridges, railroads, and public transit and to ensure Pennsylvanians have clean drinking water and high-speed internet. Also critical is repairing the damage to our land and water from extractive industries. Read more below for analysis of the bill and other important happenings in our state.

The Infrastructure Investment and Jobs Act: A Major Step Forward

In passing the Infrastructure Investment and Jobs Act last night, the House of Representatives moved forward the first of two parts of President Biden’s investment agenda. The over $1 billion infrastructure bill will generate the largest expenditure on the physical infrastructure of our country in decades. It will make huge new investments in roads and bridges, railroads and public transit, clean drinking water, high-speed internet, and repairing the damage to land and water from extractive industries. These and other investments will reduce costs for businesses and consumers, make our economy more competitive, and together with the second part of the Build Back Better plan, create an average of 1.5 million good new jobs per year, many of which will be unionized. It takes time to enact major legislation of this kind. But the result is ultimately what matters and the benefits of this legislation will be felt in this country for decades.

To Realize Our ReImagined Appalachia, We MUST Pass the Build Back Better Act—Here’s Why

The Infrastructure Investment and Jobs Act (commonly known as the bipartisan infrastructure framework, or BIF) passed the U.S. House late last Friday night and will become law as soon as President Biden signs it. A written promise from five House Democratic moderates to ultimately vote for the second part of President Biden’s “Build Back Better” agenda—the Build Back Better Act (BBBA)—cleared the way for the BIF vote. (Before the BBBA House vote, the Congressional Budget Office will estimate the cost of the current version of BBBA; if the CBO estimate lines up with that of the White House, the moderates will vote for the current BBBA; if the CBO estimate doesn’t line up, there will be a further modification of the bill.)

The bipartisan infrastructure bill is a major achievement. It will make Appalachia’s and America’s economies stronger and cleaner while creating millions of good jobs. But transforming our region and country—and realizing a ReImagined Appalachia—requires also passing the BBBA.

What to Expect When You’re Expecting New Districts

To state our conclusion as succinctly as possible: we expect the LRC to give us fair, nonpartisan legislative districts for the first time in at least two decades. Chairman Mark Nordenberg is leading the effort to undo the effects of twenty years of Republican gerrymandering and create districts that recognize demographic changes over the last decade. As a result, fairly drawn districts lines will look very different than current ones. 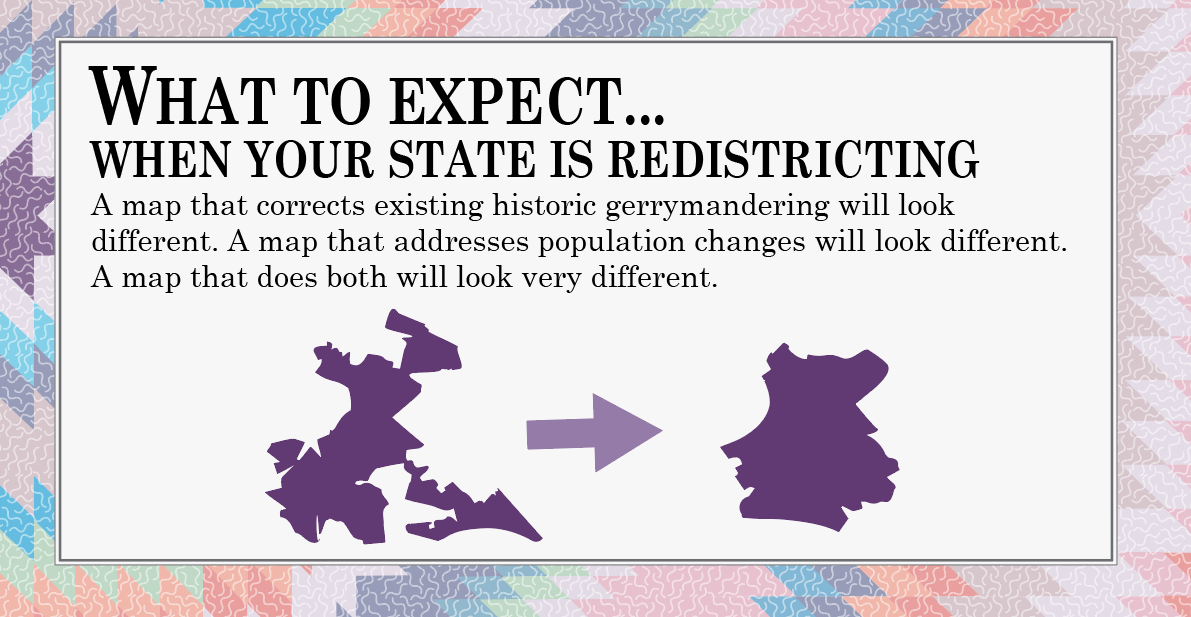 From Cutback to Comeback: A Path Forward for Scranton and Its School District

Our prescription for renewal starts with capitalizing on federal resources to restore critical educational programming, including reinstating pre-k and maintaining reasonable class sizes, and to achieve the goal of “competitive compensation” highlighted in the Recovery Plan. As well as using the federal resources already received, the School District and its stakeholders should implement “community schools.” Community schools leverage dollars from public agencies and nongovernmental organizations for health care, housing, addiction services, and other social services that address community challenges that undercut educational achievement. It’s a solution that is being taken up by other high-poverty districts and seems tailor-made for Scranton.

On the PA School Funding Lawsuit: Don’t Change the Subject

by Marc Stier and Eugene Henninger-Voss

In September, a group of students and school districts will make a case in state court that the commonwealth is not meeting its constitutional responsibility to give every student an adequate and equitable education.

The conservative Commonwealth Foundation, a Harrisburg think-tank, has called the funding lawsuit misguided. But its analysis doesn’t address the critical question of the gap between what schools spend and what they should spend according to adequacy standards written into state law. Instead, it changes the subject and presents data about other questions, tangentially related to the fundamental question at hand.

Join Education Voters of PA for a rally to “Ring the Bells for Justice” on the first day of the school funding lawsuit in Harrisburg on November 12 at noon.

Also, Build Back Better (BBB) legislation is moving to a vote in the U.S. House in the next few days, so your representative needs to hear from you NOW! The bill presents a historic opportunity to make unprecedented investments in high-quality, universal pre-K; good-paying jobs; more affordable health care; housing; childcare and higher education; and broadly shared economic security.

Tell your member of Congress to vote for the BBB bill! If your representative has been championing the BBB agenda from the beginning, be sure to say thanks!

“Since January, we have made important strides in our recovery thanks to the American Rescue Plan,” Cartwright said. “We’re on the right track, but our recovery is far from over. We have more work to do to expand opportunities for more people to get back into the labor force and ensure they have the chance to share in the success of a growing and rebounding economy.” Cartwright said many employers in the region continue to struggle finding workers to fill skilled jobs available. “Funding for federal job training programs has dropped by nearly half since the beginning of this century,” he said. “Together, the bipartisan infrastructure bill and the Build Back Better Act are a formula for more better-paying jobs. Not only will the investments in our infrastructure bill create new construction jobs, but the Build Back Better Act will also reverse the hollowing out of federal job training initiatives.” Cartwright is hopeful votes on the $1 trillion bipartisan infrastructure bill and $1.85 trillion Build Back Better Act will soon be made in the House of Representatives.

Court to hear the demand for school funding

The lawsuit was filed in late 2014 by the Pennsylvania Association of Rural and Small Schools, of which Claysburg-Kimmel is a member, the State Conference of the NAACP, various school districts and parents. They will be represented by The Education Law Center and the Public Interest Law Center, according to Emily Scott, a producer for the Public News Service. Bedford Area, Bellwood-Antis, Chestnut Ridge, Everett Area, Penn Cambria, Tyrone Area and Williamsburg Community school districts also are part of the lawsuit. “We’re a member of PARSS, and basically they’re saying that the rich get richer and the poor get poorer,” Claysburg-Kimmel Superintendent Darren McLaurin said. “It would help us if the funding was divvied out a little bit better for us.”

“To date, rather than step up to its responsibility to fund schools adequately, the state has chosen to play a more central role in managing decline,” according to the report. “Scranton’s schools have been under attack and undercut by misguided state policies. State funding is critical to Scranton because, as a low-income community, it has a limited tax base and a student body that research shows are more expensive to educate … Yet for decades, Pennsylvania has underfunded its K-12 education.”

Lower-income districts, including Scranton, end up with a “double whammy” of high tax rates and underfunded schools that is a “dagger at the heart” of community revitalization efforts. The per-pupil spending in the Scranton School District ranks 31st lowest out of the state’s 500 school districts, the report found.