This past week, the House of Representatives took an important step toward passing the Build Back Better bill, which will be the largest investment in working people in a generation. The bill includes paid family and medical leave for all, universal pre-K, free community college, and making the child tax credit permanent. Read more below on what the legislation could mean and then call your member of Congress and tell them to support it!

A Crisis of the Heart and Home: The Supreme Court Striking Down Eviction Moratoriums Will Lead to Another Housing Crisis

The Supreme Court recently struck down the CDC eviction moratorium, which sets the stage for a wave of eviction filings and ends critical protection for housing insecure low-income residents and people of color. The federal eviction moratorium was a lifeline for thousands of families in Pennsylvania, keeping them safely housed during the pandemic. Over the past year and a half since the pandemic hit, lapses in moratoriums were canaries in the coal mine as their expirations were immediately followed by drastic increases in eviction filings. Most recently, in the time between the CDC moratorium expiration on July 31, 2021, and its extension on August 3, 2021, Pittsburgh alone saw more than 155 evictions in that 3-day period compared to a weekly average of 94 filings in 2019 in the same week. The loss of this important protection for renters could result in hundreds of thousands of Pennsylvanians losing their homes this fall and winter as the COVID-19 delta variant continues to surge and rental relief programs struggle to distribute aid quickly.

Today’s action confirms the framework that will allow for once-in-a-generation investments in universal pre-K, tuition-free community college, paid family and medical leave for all workers, affordable housing, reductions in health care costs, and a sustainable and clean energy economy. The resolution also calls for funding these investments by raising taxes on the richest Americans—those earning more than $400,000 per year—and the wealthiest corporations, providing tax relief for middle-class families.

Reps. Madeleine Dean and Dwight Evans Join the 99% PA and Advocates to Rally for the Build Back Better Agenda and Taxing the Ultra-Rich

Jeff Garis, director of federal campaigns and head of the 99% PA campaign said, “The budget resolution that the House of Representatives adopted yesterday established the framework that will allow for once-in-a-generation investments in universal pre-K, tuition-free community college, paid family and medical leave for all workers, affordable housing, reductions in health care costs, and a sustainable and clean energy economy. We thank Congresswoman Madeleine Dean and Congressmen Dwight Evans and Brendan Boyle and every single one of their Democratic colleagues in the U.S. House and Senate for voting to adopt this budget resolution. We know that Representatives Dean and Boyle and Congressman Dwight Evans will be our champions on the House Ways and Means Committee, insisting that these transformational policies are paid for by making the wealthy and corporations pay their fair share, not by raising taxes on anyone making under $400,000 a year.” 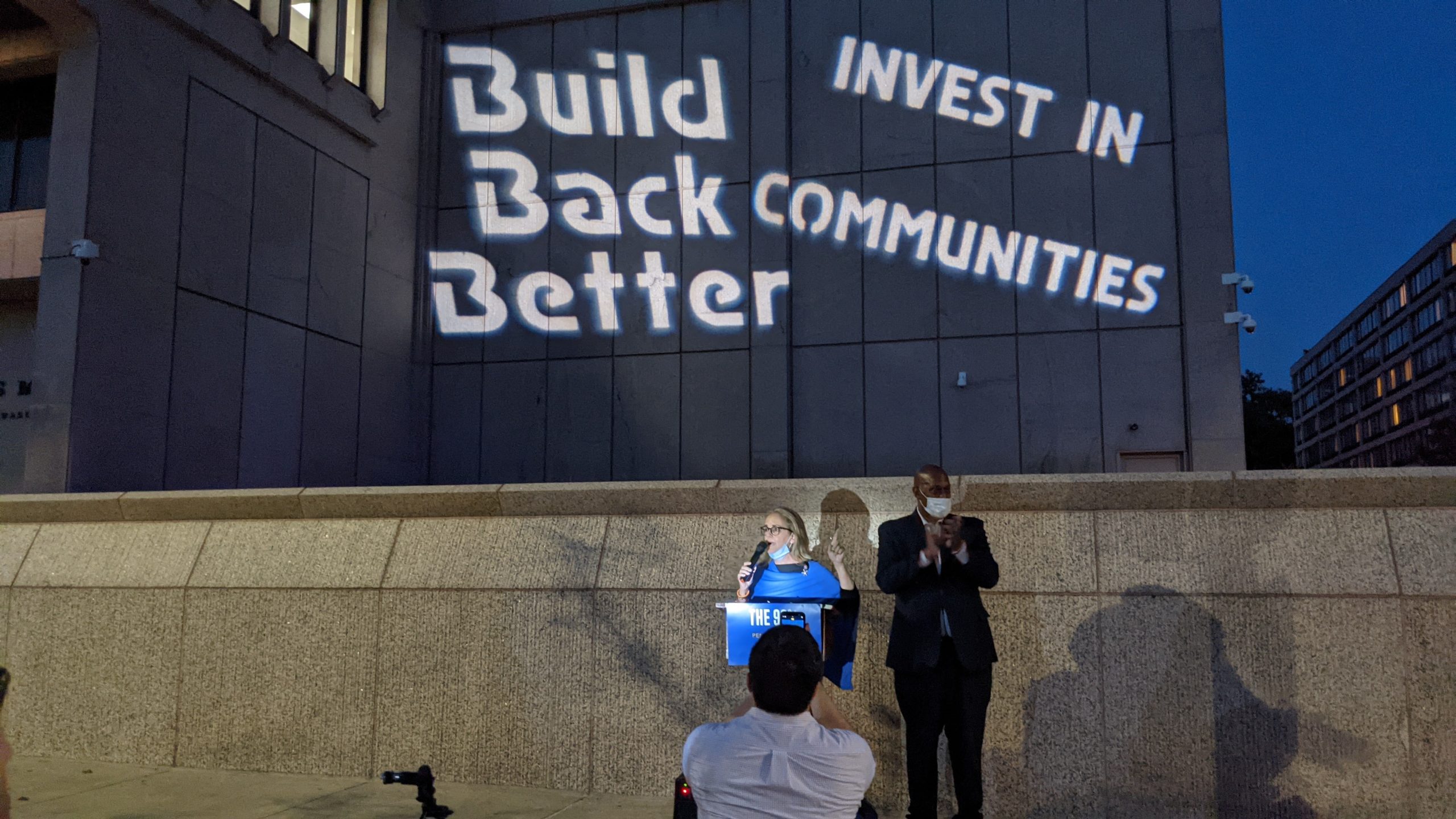 The report calls on members of Pennsylvania’s congressional delegation to support the $3.5 trillion budget resolution now before lawmakers on Capitol Hill, and pay for it by taxing the wealthiest Americans and corporations.”

“As the U.S. House gears up for a September vote on a sprawling bipartisan infrastructure bill, a coalition of progressive groups is calling on lawmakers to make sure the interests of Pennsylvania and Appalachia are included in the final product.

In a letter  sent to Pennsylvania’s Capitol Hill delegation on Tuesday, stakeholders representing organized labor, the environmental movement, and good government reformers, beseeched lawmakers to not pass on a ‘once-in-a-generation opportunity’ to invest in ‘our infrastructure, family-sustaining jobs, and a cleaner environment for future generations in the Appalachian region.'”

Pennsylvania has $7.5 billion in unused funds, mostly from the American Rescue Plan, that Kearney and Cappelletti say could be used in a plethora of ways from climate change and clean water to clean energy and new school construction to housing, veterans’ hospitals, and elder and child care.”