The State of the Pennsylvania Economy 2022

The State of the Pennsylvania Economy

Keystone Research Center released the complete “State of Working Pennsylvania 2022” on August 30. The report shows that the economy is performing well from the perspective of regular workers, with wages rising across the board, unemployment low, and many more job openings than unemployed workers, giving workers bargaining power with employers.

The full “State of Working Pennsylvania” is long and dense, with too much information to cover in one media story and to digest in a single setting. Therefore, in blog entries over the next two months, we will rerelease the report in updated and sometimes abbreviated topical bites. To access the full report and other SWPA resources (press release, video of press webinar, PowerPoint presentation, op-eds, and media coverage), please visit our SWPA 2022 resource page.

This first blog updates our overview of the overall Pennsylvania economy, adding state numbers for August released on Friday of last week. One year ago, in “The State of Working Pennsylvania 2021,” we outlined the strides that Pennsylvania, the United States, and the world had taken to combat the dramatic initial effects of the COVID-19 pandemic and the deep, two-month recession that followed the first effort to tamp down the virus. Now, two and a half years since the start of the COVID-19 pandemic, the Pennsylvania and U.S. economies have fully recovered based on two key indicators—GDP and the unemployment rate. 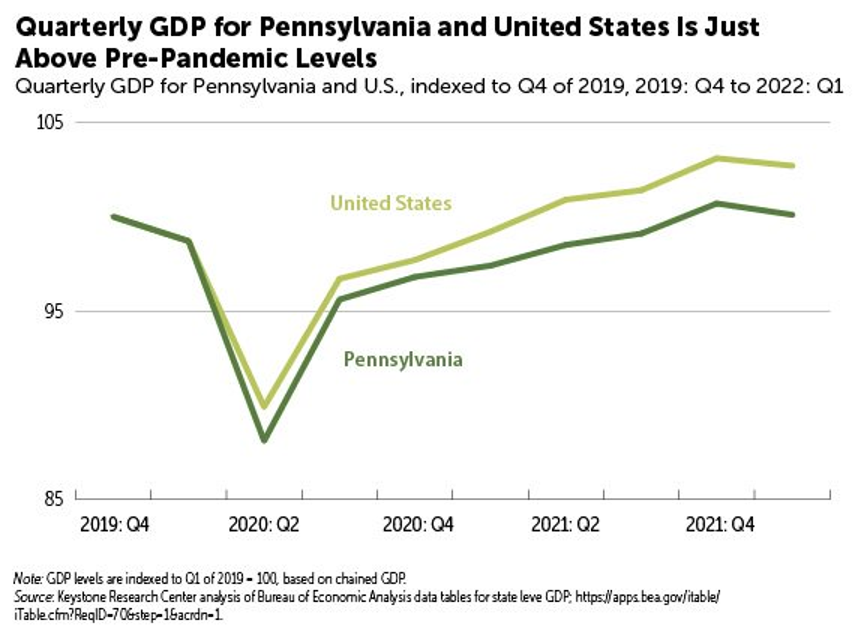 Advance (i.e., “preliminary”) U.S. GDP estimates for the second quarter of 2022 suggest the U.S. may have had a second quarter of negative growth, leaving experts debating whether we have entered, or soon will enter, another recession. (The official non-preliminary estimate of second-quarter GDP will be announced on September 28, 2022.) 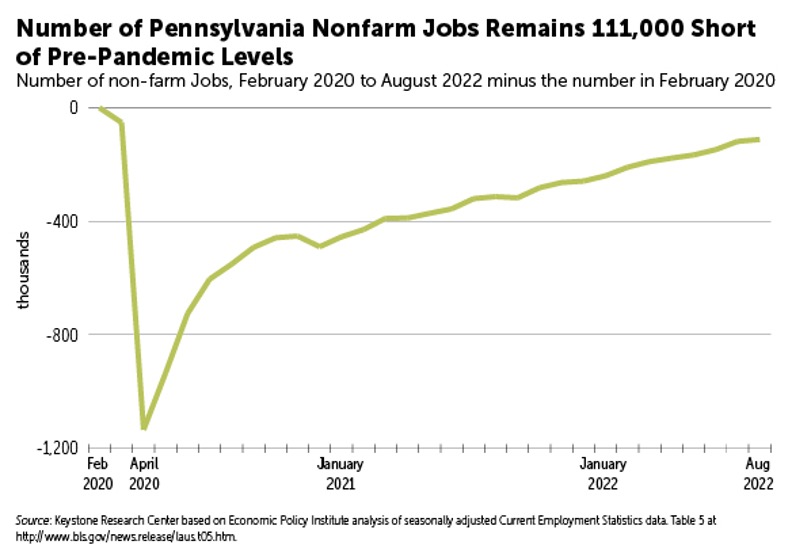 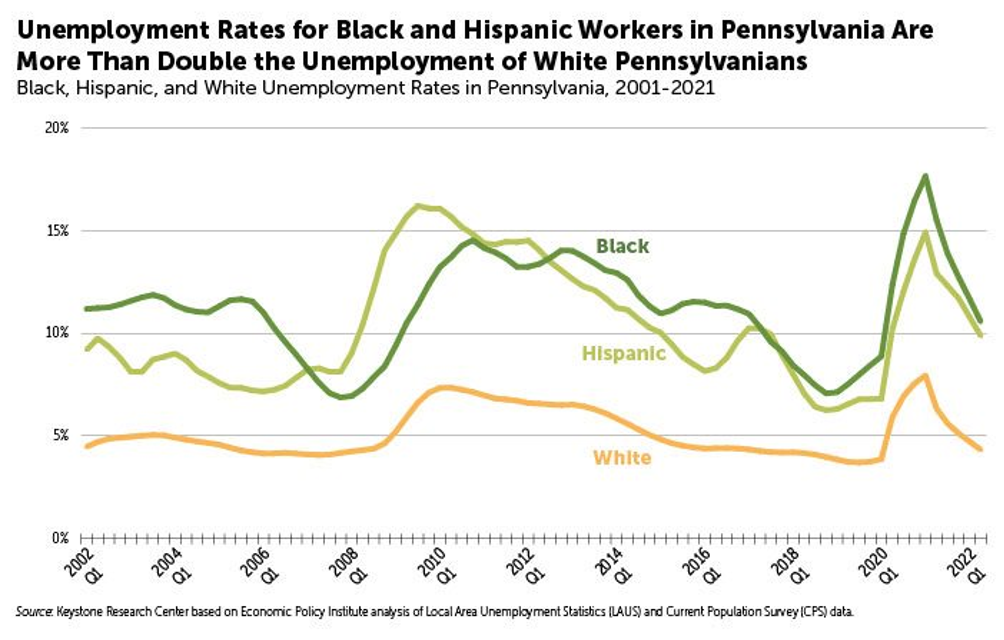 Our next blog in this series will examine the state of Pennsylvania’s labor market, asking, “How great the resignation?” We will explore how many people have not returned to the Pennsylvania labor force who had jobs before the pandemic or were looking for them (i.e., were unemployed). We will also unpack some of the reasons why workers of different age groups have not fully returned to the labor force.

The Fed should still be wary of raising interest rates much further,” August 4, 2022, https://www.epi.org/blog/jobs-report-doesnt-show-signs-of-recession-yet-as-labor-market-remains-strong-the-fed-should-still-be-wary-of-raising-interest-rates-much-further/.